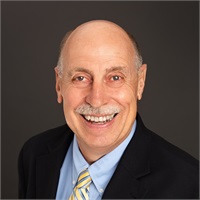 Al Faber founded Faber Wealth Management in 1985 after he retired from his first career as a professional basketball player and coach. As a basketball player for the Netherlands and other European teams, he worked harder and smarter and put the team first, applying principles of self- discipline that continue to serve him well as a financial advisor. Today, his coaching skills are directed toward helping people set goals and create retirement plans that lead to a secure future.

Al feels that organizing, categorizing, and goal setting are some of his greatest strengths, but the relationships with his clients bring him the most joy. He takes great satisfaction in seeing people reach their financial goals and achieve financial freedom. Al makes it his personal mission to make life better for every person whose life he touches.

Integrity, service to others, and hard work are the hallmarks of his life. Al’s interest in finances began early, when at the age of twelve he began working and handling his own finances in order to accomplish his goal of participating in sports. That interest persisted throughout the years of his basketball career.

Al is passionate about the environment and preserving natural spaces for future generations to enjoy. He participates in many different environmental activities. For more than thirty years he has adopted and worked to maintain a two-mile stretch of highway and is a member of the Triangle Nature Conservancy. Currently president of the Kenly Kiwanis, he has been active in the club since 1985 and was instrumental in setting up the Cans for Kids program that has raised thousands of dollars for scholarships, grants for teachers, community sports programs and a variety of projects to benefit local children.

Originally from New Jersey, Al and his wife, Nancy, have lived in the Selma area for 35 years. Nancy has worked with Al throughout his career, and in 2017 his son, Will, joined the team. Outside the office, Al plays basketball in the Senior Games. He and Nancy like to travel, especially to National parks and natural areas. They have made many trips to the National Senior Games and have returned to Europe to visit friends and see new places. Family vacations give Al and Nancy time to spend together with Will and Elizabeth as well as their daughter, Nathalia, and granddaughters Crecia and Lilly.